The Pledge Ritual, also known as the Ceremony of The Vow, is the most important event occurring between any master and Karakuri Dôji, in which the two both literally and symbolically become one. After the pledge, both parties become perfectly synchronized and through this union, counterbalance each other, allowing them to be able to obtain their maximum potential of power.

The master of the dôji will also be granted small glimpses of their memories, regarding significant events of his or her past, present, and future.

The first step in the pledge is the opening of the respective dôji's chest and stomach area, allowing their soul sphere to burst forth for access. Following this, numerous tentacles explode outwardly from the recently opened section, proceeding to deeply embed themselves within the master's right arm. This action can be painful in some circumstances, but it is essential for synchronization, as the dôji's soul is now able to directly take in and read information on their master's physical and mental condition through the nerves present within the arm.

Step 2 - Past, Present and FutureEdit

The second step of the pledge is for the master to hold the soul of the dôji directly in their hands. They will then subsequently observe portions of their past, present and future. As the past has already occurred, the images that are demonstrated can be considered true representations of events that have already come to pass, but have been forgotten and as such, they are regarded as unchangeable. However, this is different when regarding what is displayed in the master's present, as the events are currently in motion. The future, which are reliant on what occurs in the present, meaning they are simply a prediction of the most likely outcome.

After the conclusion of ritual, the master will receive the Robot Crest (Karakuri Mon), a specific symbol burned into his or her right arm. The symbol involved is relative to the dôji and it is what allows subsequent access to the full extent of the dôji powers, specifically relating to a transformation that fuses the pair together. 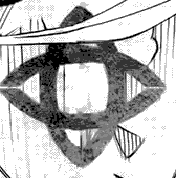 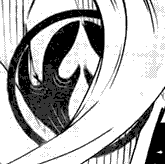 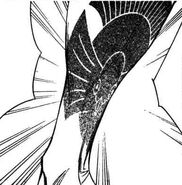 Pardonner's version
Add a photo to this gallery 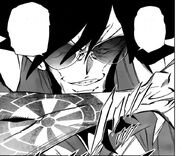 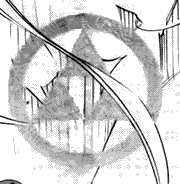 Paresse's version
Add a photo to this gallery

Retrieved from "https://ultimo.fandom.com/wiki/Pledge_Ritual?oldid=18735"
Community content is available under CC-BY-SA unless otherwise noted.